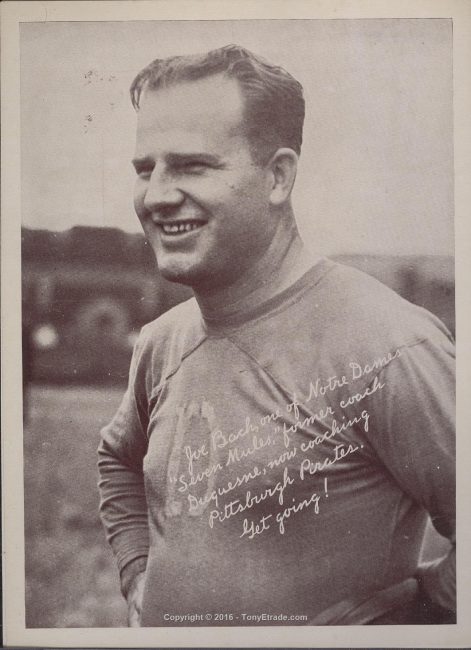 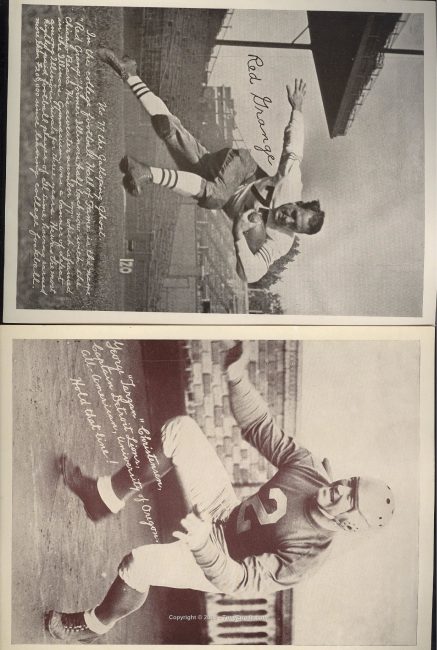 One of the most difficult premium sets to acquire; with less than 10 complete sets known in the hobby. The premiums were available by exchange of 20 National Chicle “Football Stars” wrappers from the retailer of the cards. While much is left to be learned regarding the production and distribution of the premiums; it becomes painfully obvious to today’s collectors that equal numbers each premium are not available in the hobby. While all the premiums are relatively rare, there exists many levels of rarity within the group; with the existence of a couple of the premiums questioned as recently as ten years ago by advanced collectors.

This complete set, to the best of our knowledge, is the only 17/17 group ever offered via auction. The premiums from the offered set, with the exception of one example, are in very nice condition (examples are typically found with tack holes or tape stains) and present better than their technical grades. The blank reverses of a few of the examples display some light toning and a few areas of discoloration but are otherwise problem free.